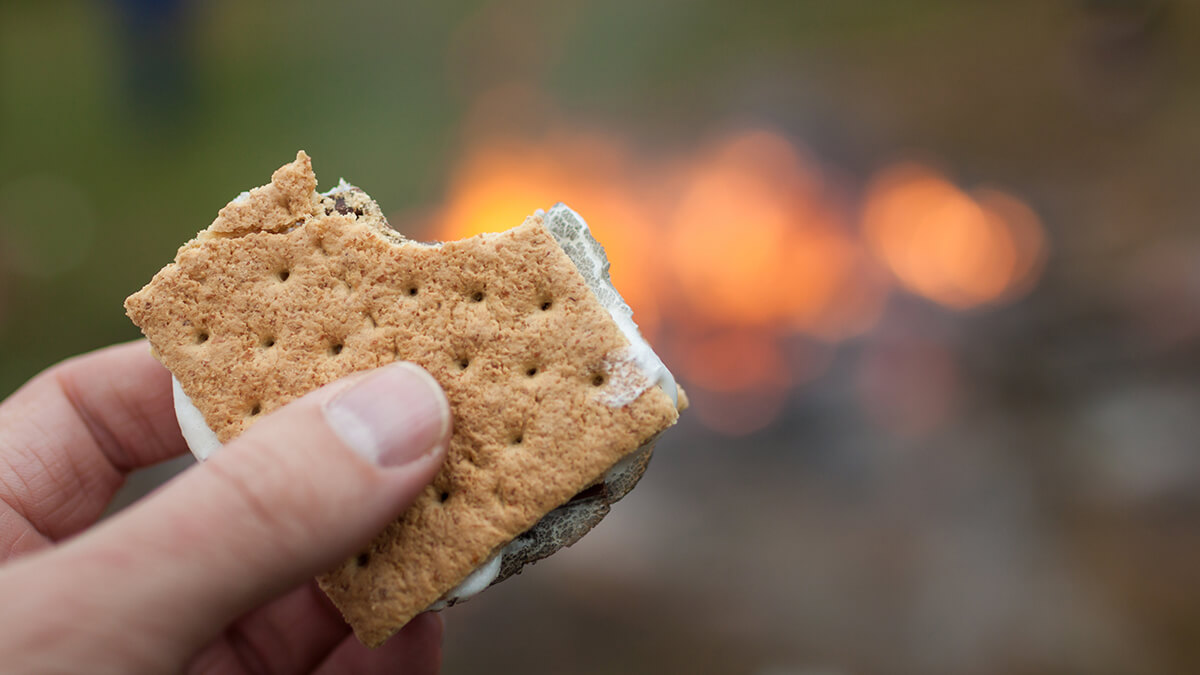 Lately I've been striving to be a better cook. I want to impress my friends with my mouthwatering homemade meals. I want to beat out my cousins for the title of "Favorite Grandson" with the exquisite dishes I bring to family reunions. I want to be known as a culinary mastermind, a ninja in the kitchen whose creativity and resourcefulness is unmatched and unparalleled.

Though delicious food is a frighteningly powerful motivator, I've found that, frankly, cooking is hard work! After subjecting myself to hours of Pancake 101, my capability of making them from scratch is still amateur at best. Though my friends and I often have potato parties — social gatherings where everyone brings a potato-based dish to share — my typical mash of red skin potatoes, cheese and bacon isn't exactly mind blowing.

Marshmallows, chocolate and graham crackers. That's all you need. It's a beautifully simple formula, yet it holds opportunities for you to creatively make it your own.

Fortunately for me, there are some recipes that are nearly impossible to mess up, and one of my all-time favorites in this category is the recipe for s'mores! Marshmallows, chocolate and graham crackers. That's all you need. It's a beautifully simple formula, yet it holds opportunities for you to creatively make it your own.

Here are 5 interesting facts about s'mores from Real Simple:

Who wouldn't want a piece of the world's largest s'more? Sure, it would make your hands sticky, but it would certainly make your heart happy too!