What is Additional Living Expense? 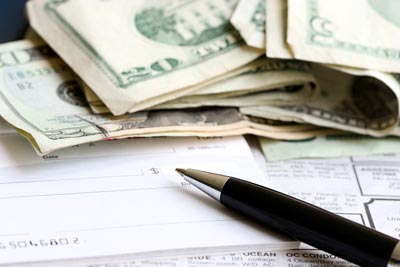 Additional Living Expense (ALE) is a coverage that may be included with the policy you purchased to insure your home.* It applies after a covered loss when your home is considered not fit to live in. Your policy will pay the actual, reasonable, and necessary increase in your living expense to maintain your normal standard of living while you live elsewhere.

ALE coverage applies for the shortest period of time reasonably required to repair or replace the loss-related damages, or when the maximum amount of coverage for ALE is paid.

When could ALE apply?

Every situation will be different, but ALE may apply in these types of situations: *

What may be considered ALE?

You have a loss and can't stay in your home. What's next?

Ron and Rhoda own a home in southeastern Colorado. They have two children, Chad and Carissa. Chad wants to be a chef someday and was practicing his culinary skills by making bananas flambé. Things got a little out of control and the kitchen curtains caught on fire. Flames spread to the rest of the kitchen before Chad was able to grab the fire extinguisher and put the fire out.Ron and Rhoda were not happy with the state of their kitchen, but they were happy that Chad was okay. Smoke and fire damage made the home unlivable. The family rented an apartment for $600, including utilities, for the seven nights it took to make general repairs and clean up the smoke damage. Thanks to Chad's cooking skills, they were able to prepare food in their temporary housing so their dining expenses did not increase. They did have to pay to have some of their personal items stored, which cost $100. The family also had to pay $75 to do their laundry for the week.

Rhoda contacted their insurance company and the claims representative explained she has ALE coverage for the time her family was unable to live in the home.

Bob and Barbara own a home in northern Arkansas. They'd spent a fun weekend in Branson, Missouri, only to come home and find a skunk had burrowed its way underneath their mobile home, chewed through the underbelly, and sprayed its scent. The smell was intolerable, but the good news was their beloved Great Dane, Rocky, had stayed with a family friend while they were away.As you can imagine, they were pretty upset by the experience. They had nowhere to stay and had to board Rocky for three days at a cost of $75 per day. Bob and Barbara checked into a local motel where they spent two nights and three days at a cost of $100 per night. They also had to spend $50 per day on food. Bob missed work for three days, causing him to lose his pay of $150 a day.

Tornado Not Kind to Weather Buff

David owns a 1996 Palm Harbor mobile home in Missouri. David, a weather buff, was caught by surprise when a tornado tore through town one night. Many of his neighbors' homes were damaged but David seemed to get the worst of the storm. Almost the entire roof was torn off David's home, causing rain to pour inside. David was able to put a tarp over the exposed areas once the weather cleared, but the home was unlivable until repairs could be made.David checked into a motel for the six nights and seven days it took to make his home livable at a cost of $75 per night. The motel did not allow pets so David had to board his two cats, Oliver and Gus, for seven days at a cost of $20 per day. David had additional laundry expenses of $50 and his meals were $15 per day. Typically, he spends $210 per month dining out.

David contacted his insurance company and found out that he has ALE coverage for the time he was unable to live in his home.